Plot[ edit ] Set in the fictitious town of Sylvan, South CarolinainThe Secret Life of Bees tells the story of a year-old white girl, Lily Melissa Owens, whose life has been shaped around the blurred memory of the afternoon her mother was killed. She lives in a house with her abusive father, whom she refers to as T. 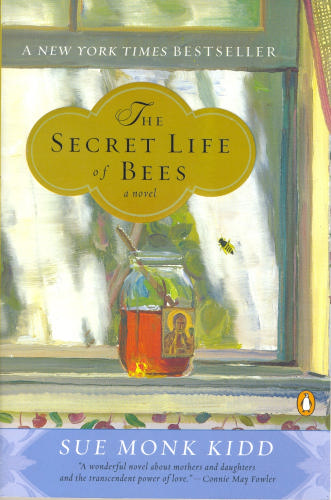 Ray, who is both neglectful and abusive. Lying in bed in her room at night, Lily is often visited by bees that seem to be at home with her. Lily holds a terrible and guilty secret: She believes she shot and killed her mother, Deborah, when Lily was four years old.

Her vague memory of that day — when her parents were arguing and she picked up and shot the gun that her mother had dropped — continues to haunt her, and she yearns to know more about her mother.

When Rosaleen watches President Johnson sign the Civil Rights Act on television, she decides she will register to vote.

She and Lily walk into town but are accosted by three white men who harass Rosaleen. Rosaleen angrily pours the contents of her snuff jar on their shoes, and the men beat her right in front of Lily.

The police arrive and arrest Rosaleen, taking her and Lily to jail. Ray comes to pick Lily up, he is angry and berates her for such stupid behavior.

He also scares her when he explains that Rosaleen may be killed by the men she insulted. This terrifies Lily because she loves Rosaleen. Once home, Lily stands up to her father during an argument, and T.

Ray hurts her by saying that ten years ago her mother was only coming back to get her clothes; that is, that she had planned to abandon Lily. Earlier, Lily captured some bees in a jar, and now she sees they have escaped.

Like the bees, she also plans to escape, leaving behind her abusive father and freeing Rosaleen. Once they reach Tilburon, Lily sees the exact same picture of Mary on honey jars at a small grocery store.

After inquiring about the label, Lily finds it belongs to a local black family of sisters — called the Boatrights — who are beekeepers. Lily and Rosaleen go to the bright pink Boatright house outside of town and are welcomed and taken in.

Lily lies about their earlier life and hopes to stay long enough to find out whether her mother was ever there.

August Boatright and her sisters, May and June, have a lucrative honey business on twenty-eight acres of land. June is suspicious of and distant from Lily, and May seems slow and emotional.

The other sister, May, is oversensitive to pain, and when she gets upset she must write down the sorrowful thing on a paper and stick it in a crack at her "wailing wall," a wall of stones on the farm.

As time passes, Lily helps August with the beekeeping, and Rosaleen keeps an eye on May in the house. Lily is given a room in the "honey house," where she can sort out her feelings. She increasingly likes August but is afraid to tell her the truth about her previous life, for fear that August will reject her.

Meanwhile, she develops a crush on Zach, a black teenage worker who helps with the bees. Lily and Rosaleen become increasingly comfortable in this amazing community of sisters. A group of women called the Daughters of Mary also come to the house, because they all practice a form of homemade religion.

The Secret Life of Bees is a book by author Sue Monk Kidd. Set in , it is a coming-of-age story about loss and betrayal.

Set in , it is a coming-of-age story about loss and betrayal. It received critical acclaim and was a New York Times bestseller. The Secret Life of Bees: A Novel by Sue Monk Kidd. Lily Owens is a year-old girl who lives with her abusive and neglectful father and her nanny, Rosaleen.

Lily Owens is a year-old girl who lives with her abusive and neglectful father and her nanny, Rosaleen.1/5(1). In The Secret Life of Bees, the narrator's voice is quite convincing as a year-old benjaminpohle.com Monk Kidd uses a straightforward style, adding small remnants of magical realism to incorporate the bees, as well as the strange string of events that brings Lily and Rosaleen to the Boatwright house.

SparkNotes: The Secret Life of Bees